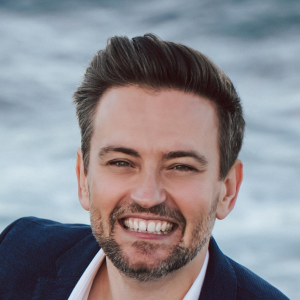 What Kintsugi Art Teaches Us About Imperfection.

There is a good chance that you bought a teacup or a bowl for your house or as a gift at least once in your life. I imagine that you probably broke one too.

Broken pieces are usually swept on a dustpan and thrown out. We try to repair and keep damaged things if the perceived value is worth it with one condition. The item needs to be restored to look exactly like it did before it hit the floor falling out of your hands.

I spent hours once finding broken pieces trying to fix a clay figurine with the help of a magic glue and luck that I broke by accident. This figurine in the shape of a fountain face was brought from Naples by my ex-girlfriend as a memory of a great trip to Italy.

After I finished, I gave it back saying, “I did it, looks as new!” We both knew that I failed as the face was covered in a spider web of cracks with a bit of glue.

Kintsugi, the Japanese art of mending broken bowls does exactly the opposite. A golden paste is used to glue shuttered pieces together in such a way that cracks not only visible but emphasizes the history of the object.

The brokenness of the bowl becomes the focus of attention. Masters of the art in some cases will add pieces from another bowl looking completely different if the original broken parts could not be found. Principles of Kintsugi can be equally applied to human lives and teach us to see some areas of it in a different way.

When someone is negatively affected by major challenges in life we often refer to them as broken. This ancient art teaches us that stuff in our lives happens but it by no means is the end of a broken bowl.

In some cases, an artist will choose to amend a bowl of much coarser quality with a golden thread. It creates a unique look and increases its value. In a way, the broken piece ends its life as a dark and less interesting object and becomes something new and beautiful.

This can only happen if we choose to see the traumatic experience that way. Instead of ruminating on the damage that was done to us, we can choose to focus on the learnings from that experience.

We can accept our differences, recognize our strengths using these learnings as a golden paste that will hold parts of us together. This experience increases our self-esteem and perceived value akin to mended pottery.

This same principle equally applies to individuals and us as a collective. It may feel that things are not improving and the world is repeating the same mistakes over and over in light of the recent pandemic and the unrests caused by injustice.

But things have changed for the better if we look at the bigger picture. After the second world war, the world was left broken. Arial photographs of European cities show the devastation caused by the fight that ensued for over six years.

We repaired the damage and made the world a safer place. United Nations organization was built to ensure that peace is maintained because we collectively decided to learn from the experience and never repeat it again.

Kintsugi recognizes a beauty beyond mind created concepts. A recent move by a major social media platform to rid of a number of likes counter signifies that a need for acceptance and pressure to live up to social standards is a real challenge.

Those standards of beauty however are only a matter of perception. The change in social norms over the years shows that a couple of hundred years ago we were attracted to something that would be considered undesirable or awkward these days.

For example, it was common for men to dress in pink, wear long wigs and stockings. In the 16th century, slimness was considered a symbol of poverty and weakness of disease. It is evident in the work of Rubens and other Baroque artists that full-body was an expression of stability, beauty, and wealth. Found hundred and something years later these ideals is literally the exact opposite of the then accepted social norm.

But to be able to see the real beauty we need to look beyond what the mind perceives as desirable or trendy. This is linked to another philosophy closely related to Kintsugi called Mushin which is loosely translated from Japanese as “no-mind”.

Mushin was regarded by sword fighters and artists of ancient Japan as a state of mind attained by those who have mastered their craft to a point of no thinking. A non-attachment to ego and the outcome of the work in synergy with full surrender to the present moment leads to incredible performance. In that flow-like state, there is no anger, fear or disappointment.

Similar to ancient masters we can train our minds to shake the conformity to of the societal norm by appreciating ourselves and others for what we are. Using the human body as an example we know that it is an incredibly sophisticated being.

Our brains are one of the most complex machines on this planet with modern research showing that it contains up to 11 levels of multidimensional structure to process and retain information. Some parts of a human body regenerate completely many times throughout our lives.

Our guts are inhabited by more than 10000 types of bacteria. It is a synergetic organism with its complete inner workings still a mystery to science. Yet it operates without your understanding, consciously controlling its breathing, heartbeat, or staying upright.

There are many other examples of trivial objects around us that are incredible if only we took a moment to appreciate it unconditionally. Genuine beauty is timeless. Light of the sun, the sound of leaves in the wind, a kind smile will never go out of fashion.

In one of his poems, Rumi said, “the wound is a place where the light enters.” This could not be better said about the painful experience that comes with living. It Is through the pain and suffering we find the true nature of ourselves. It is thought these cracks in us the light comes in to illuminate what inside of us.

In this, you can trust – Lessons from the Barbarian

A cheater and a thief

In a research published in 2014 by www.pewsocialtrends.org they estimate that 1 out of 4 adults in the US will never get married. The reality